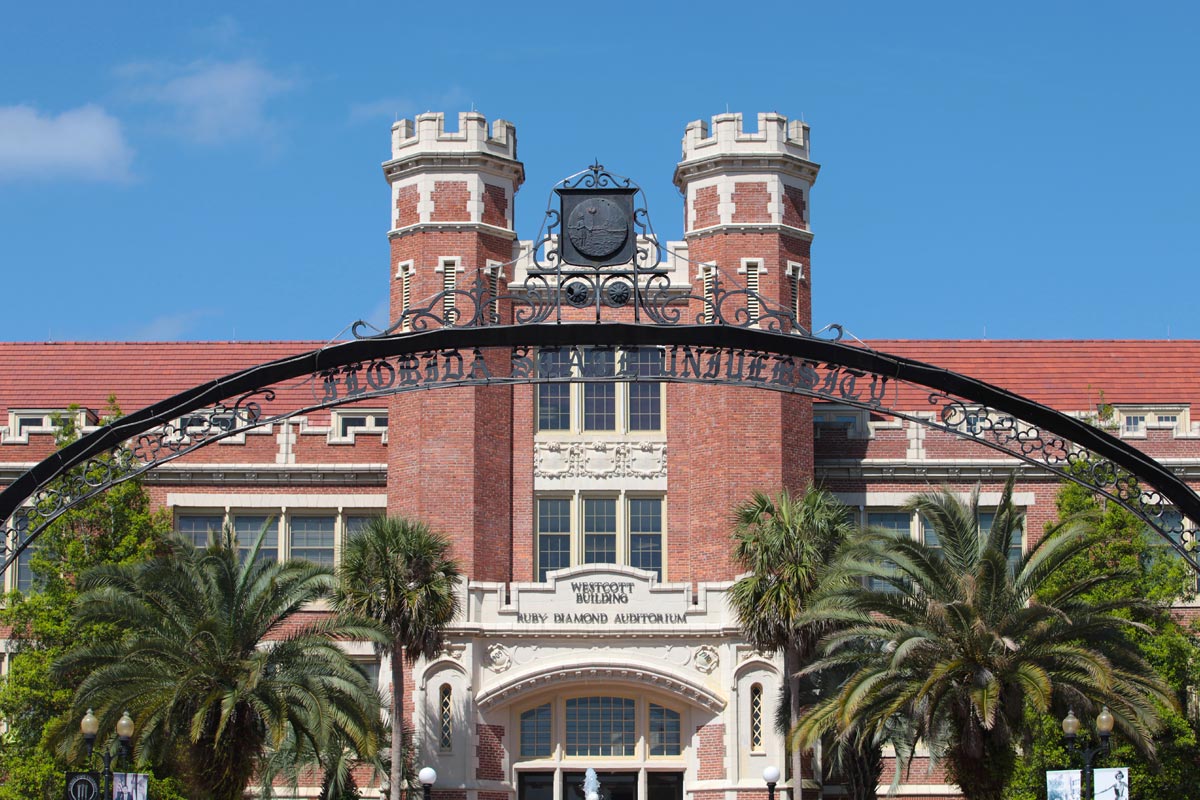 Florida State University — a Top 20 public research institution and a preeminent university as designated by the Florida Legislature — is conducting a national search for its 16th president.

This website will be updated with information as parameters and a timeline are determined for the national search process. 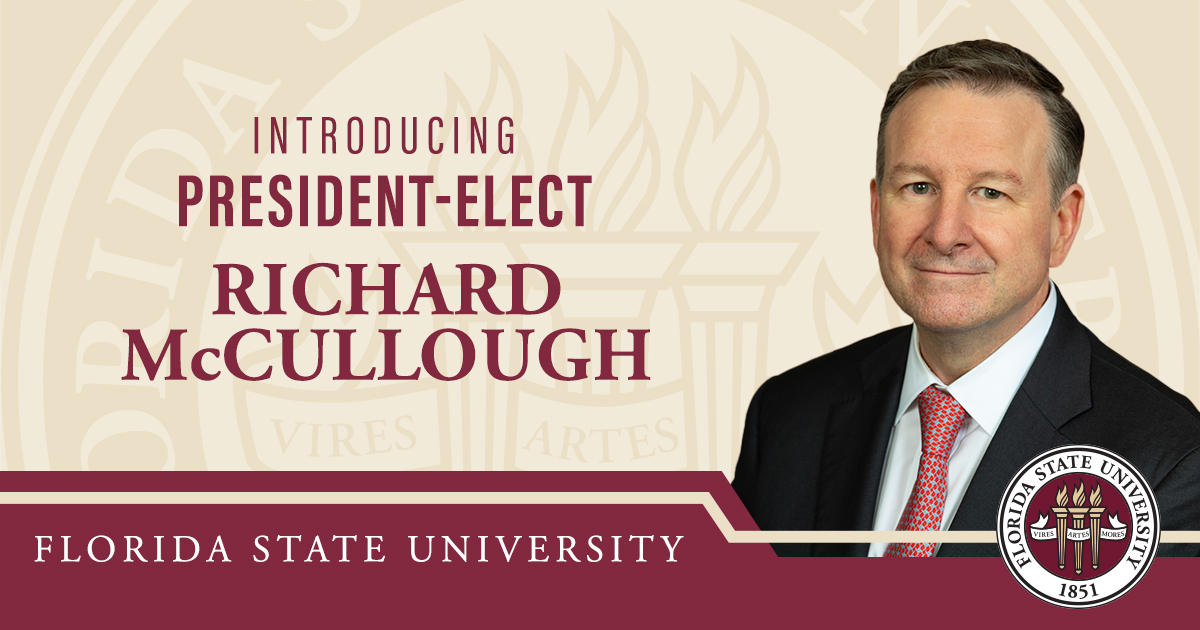 The Florida State University Board of Trustees has unanimously selected Richard McCullough, vice provost for research at Harvard University, to serve as the university’s 16th president.

McCullough will succeed John Thrasher, who will retire later this summer after serving as president since 2014.

The appointment is subject to approval by the Florida Board of Governors, which meets June 23.

“It is an honor to have the opportunity to lead Florida State University as its next president,” McCullough said. “Public universities are amazing engines of social change and mobility, and FSU is leading the way in that effort. The foundation is set for FSU to take its next jump up, and I’m excited to be a part of the team that will take it to the next level.”

McCullough was one of three finalists forwarded to the trustees from the 15-member Presidential Search Advisory Committee. The committee interviewed nine candidates out of 35 applicants before inviting three finalists back to campus for open forums with students, faculty, staff and community members.

“This is a pivotal time in the history of Florida State University, and I’m confident that Rick McCullough is the person to lead it into the future,” said Ed Burr, chair of the FSU Board of Trustees. “The board believes Dr. McCullough will be an exceptional fit with FSU’s culture of excellence and student success. He is an experienced academic, tested administrator and innovator who possesses a vision that will be vital in continuing our tremendous climb in the national rankings as a preeminent university.”

McCullough will take the helm of a university enjoying an incredible run of success. FSU recently cracked the U.S. News & World Report Top 20 rankings, created the first stand-alone college of entrepreneurship in the nation, set a State University System of Florida record with a 74 percent four-year graduation rate, brought in record research funding and increased enrollment of underrepresented or ethnic minority students.

At Harvard, McCullough oversaw the development, review and implementation of strategies, planning and executing academic research across the university since 2012. In addition, he leads an office of Foundation and Corporate Engagement and assists in the oversight of more than 25 interdisciplinary institutes, centers and initiatives across the university.

During his tenure, McCullough successfully built and launched the new Harvard Data Science Initiative, a collaboration between 12 of the university’s schools and more than 120 faculty, which has led to three new master’s programs and the creation of many new undergraduate courses.

McCullough developed and launched a new Structural Biology Program and cryo-electron microscope facility that partners Harvard Medical School with three Boston-area hospitals. He also led the development for a new $100 million, multi-institution collaboration to build the Advanced Biological Innovation and Manufacturing Center and Facility, which will be a hub for workforce training, economic development, education and medical research for the region.

Previously, McCullough spent 22 years at Carnegie-Mellon University in Pittsburgh, where he began his academic career as an assistant professor of chemistry in 1990 and became the Thomas Lord Professor of Chemistry in 2009. McCullough was promoted to Head of Chemistry in 1998 and then served as dean of the Mellon College of Science from 2001-2007 before becoming the university’s Vice President for Research.

McCullough, a founder of two companies who holds multiple patents, has a rich background in entrepreneurship and innovation. At Carnegie Mellon he developed a vibrant innovation ecosystem, including the Greenlighting Start-ups Initiative that exponentially increased the generation of university spin-out companies and corporate engagement. In 2013, he was elected as a fellow of the National Academy of Inventors.

A staunch champion of diversity, McCullough created a diverse pipeline of Black/African American academics from both his research lab and as the founding creator of the Future Faculty Workshop: Diverse Leaders of Tomorrow, an annual workshop that helps diverse postdoctoral fellows and students obtain academic jobs. Now in its 15th year, the workshop has facilitated placing more than 50 underrepresented minority professors in the United States.

McCullough, also a professor of materials science and engineering at Harvard, is the author of numerous peer-reviewed articles and serves on the editorial boards of several academic journals. He has been an innovation, entrepreneurship and technology transfer adviser to Oxford University, Princeton University and Washington University at St. Louis.

He and his wife, Jai Vartikar, have two children, Jason and Dylan.